The DUI Drug Test At DUI Checkpoints in California: Don’t Do it.

Portable drug tests at DUI Checkpoints are the LAPD’s new way to invade your privacy while you’re a guest at one of their numerous checkpoints (LA and other counties have hundreds of thousands of dollars of checkpoint grant money they need to spend).

The test purports to be able to tell if the subject has amphetamines, marijuana, cocaine benzodiazepine (the active ingredient in prescription drugs like Xanax) and other illegal substances.

Before you swab, remember: the only test you HAVE to take when arrested on suspicion of DUI Drugs is a Blood Test after Arrest. (This is based on the Implied Consent laws, not HAVE to take based on Fourth Amendment grounds.) The swab test, when administered at the checkpoint, is the equivalent of the PAS handheld breath tester given to those suspected of being impaired by alcohol. Because of that, there should be an admonition stating that you are free to refuse to take the test without consequence. But there isn’t. 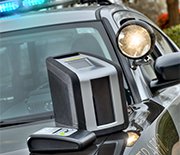 There should be an admonition read because you are free to refuse the test. So, refuse to take the test if asked.

Once arrested the Supreme Court has said that taking a sample of your DNA is a constitutionally reasonable seizure. However, the law in California doesn’t provide for the admission of these drug swab tests as evidence in a DUI, like a Blood Test would be admitted. Many foundational issues exist with respect to the admission of a new technique like saliva swabbing for drug detection.

The LA City Attorney has yet to use one of these portable drug test swabs in an actual trial.

If you are going out this weekend, make sure to check here for the location of DUI Checkpoints. If you have questions about checkpoints, DUIs or DUIs with drugs contact me today.

Not sure where to start?

TELL ME ABOUT YOUR CASE